Home » Punya Kshetralu » Some Amazing Facts About The Kailasa Temple !

Some Amazing Facts About The 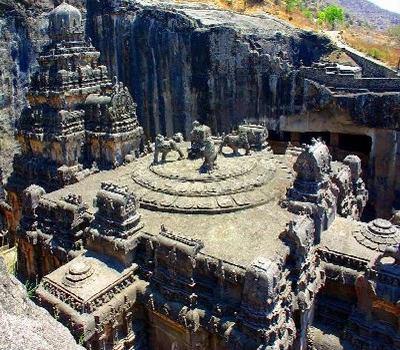 Have you ever visited a temple that is not built but entirely carved out of rocks? If you haven’t you must visit the Kailasa temple of Ellora in Maharashtra. It is the only temple of its kind because of a verity of facts related to it. The Kailasa Temple was built in the 8th century by the Rashtrakuta king Krishna I. 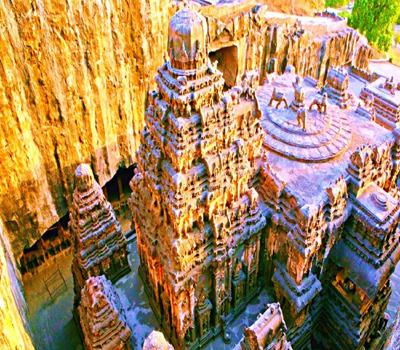 It is the finest example of Dravidian architecture with a unique construction technique. As mentioned earlier, the Kailasa Temple was not built but carved out of one of the 16 caves of the Ellora complex. This carving eliminated 4,00,000 tons of rock to bring out the beautiful shape of the temple. The Kailasa Temple was constructed using a very old technique of downward excavation which seems impractical today. 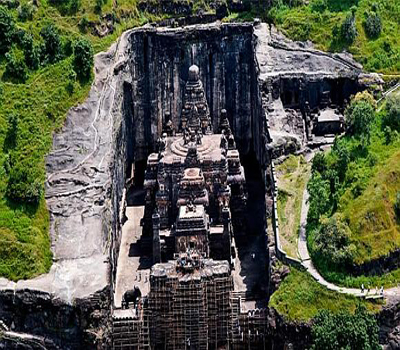 The temple stands out from many others in India, because of being the only temple built in the form of a two storeyed structure. The Kailasa Temple is dedicated to Lord Shiva. Here both the Mahanandi and the main idol stand 7 feet tall. The temple was constructed in such a manner that, an areal view will show an ‘X’ mark, indicating its location. The temple also depicts in its construction, Ravana attempting to lift the temple with all his strength. Apart from being a temple with a unique structure, it is also known for being a secular spot of worship. 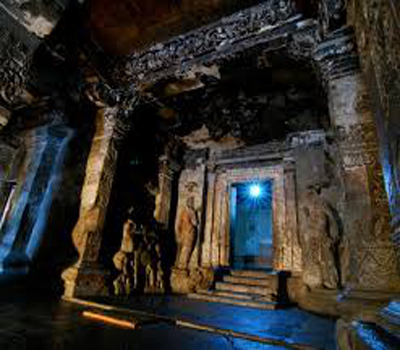 The temple complex hosts, 12 Buddhist temples, 17 Hindu temples and 5 Jain temples within it. The Kailasa Temple, is known to be constructed by 7,000 laborers in just 150 years. Interestingly, architects say, that this is impossible even if the people worked continuously without considering night and day. The temple was constructed in such a way that it is indestructible. Although attempts have been made to destroy the Kailasa Temple by invaders, they were all unsuccessful. The Kailasa Temple is surely a miracle on its own.