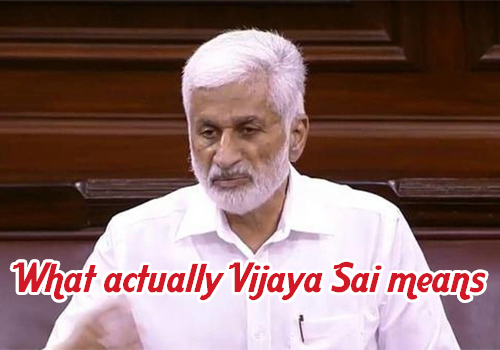 The statement made by YSR Congress Party MP Vijaya Sai Reddy on the Floor of Parliament on Thursday (September 17) on the judicial system certainly came as a surprise not only to the members of the judiciary and Parliament but also to the media persons as well, albeit for different reasons.

First and foremost let us see as to why the media persons are shocked at the statement made by the YSRCP MP. He said "a quite unusually and legally questionable decision has been in the interim order of the Andhra Pradesh High Court imposing a ban on the media, even on social media." To a certain extent he is right.

But if one goes through what decisions the ruling YSR Congress Party in Andhra Pradesh, which Vijaya Sai Reddy represents, has taken on the media houses it really comes as a shock to anyone. For instance, notices were served on the chairman and anchor, who is also a senior journalist of a popular satellite Telugu news channel really comes as a shock to anyone.  Not only this. Even a panelist who took part in a debate is also served the notices and are made to run all the way from Hyderabad, the capital city of Telangana where the headquarters of the chanel is located to Guntur, in Andhra Pradesh , which is over 300 km.

They are asked to appear before the Andhra Pradesh police, almost every alternate day for taking certain details pertaining to the case. In any defamation case, only journalists and the media head of the particular institution can be summoned by the police. What is surprising in this case is that as to why the chairman of the news channel has been held responsible for what was aired by it.

Similar is the case with regard to Managing Director of a website K Ravi Shankar. For a video that was uploaded on the website, that was felt to be objectionable by the ruling party in Andhra Pradesh, the managing director has been served notices. The issue did not end there. FIR (First Information Report) has been filed against him and the policeman came all the way from Guntur to Vijayawada and seized  some hard discs and other material from the head office located again in Hyderabad. He too was made to appear before the Andhra Pradesh police.

However, in both the instances, the Andhra Pradesh High Court dismissed the cases filed against both the media houses.  In fact, in the case of the Teluguone.com Managing Director, the High Court even commented that "registration of crime by the police without material evidence to constitute cognisable offense creates an impression of kakistocracy in the public mind that may even lead to anarchy."

The YSRCP MP said in Parliament on Thursday that "it is unusual in the sense that there appears to be no material to justify the censorship other than the allegation by the petitioner." He even said that it prevents the legitable State Government even to the effect there is no substance in the allegation. Going by Vijaya Sai Reddy's statement itself is it not "unusual' to summon the chairman of the popular satellite news channel and the managing director of the website in these defamation cases.

The general practice is that any story that appears either in the print media or in the electronic media, the first thing the person concerned should do is that a denial should be given to the respective media house. If the denial is not published or not aired, as the case may be, then the affected person or institution has every right to move the court with a defamation suit. In bot the instances, no denial was given to the media houses. Is it not 'unusual' in the YSRCP MP's own terminology? It is a fact that the Indian Constitution has not given unfettered power to any of the four organs, bet it Legislature, Executive, Judiciary or the Media.

Coming to the judiciary and the legislature, it is very important to be taken into consideration to study interrelations and intra relations of the two important pillars of democracy. In the preamble of the Indian Constitution, utmost importance is given to the justice at the highest level. The Constitution lays down the structure and defines and demarcates the role and functions of Parliament and judiciary and establishes norms for checks and balances.

In the statute, there is a separation of functions but not powers. While judicial review over administrative action has evolved on the lines of common law doctrines such as ‘proportionality’, ‘legitimate expectation’, ‘reasonableness’ and principles of natural justice, the Supreme Court of India and the various High Courts are given powerSs to rule on the constitutionality of legislative as well as administrative actions.

In majority of the cases, the power of judicial review is exercised to protect and enforce the fundamental rights guaranteed in Part III of the Constitution (Balakrishnan 2009). The higher courts are also approached to rule on questions of legislative competence, mostly in the context of Centre-State relations since Article 246 of the Constitution read with the 7th Schedule, contemplates a clear demarcation as well as a zone of intersection between the law-making powers of Parliament and the various State Legislatures.

The warrant for judicial review comes from a combined reading of Articles 13, 32 and 142 of the Constitution. Article 13(2) provides that “The State shall not make any law which takes away or abridges the rights conferred by this part and any law made in contravention of this clause shall, to the extent of the contravention, be void (Govt. of India 2007) while Article 32 and 226 give any person the right to move the Supreme Court or the High Court, respectively, for the enforcement of fundamental rights guaranteed in Part III of the Constitution.

Article 142 provides that the Supreme Court “may pass such decree or make such order as is necessary for doing complete justice in any cause or matter,” and such decree or order is “enforceable throughout the territory of India.” (Govt. of India 2007: 58). Article 142, especially the phrase “complete justice”, has given the judiciary a virtual license to intervene in any matter whatsoever. Perhaps, Vijaya Sai Reddy has forgotten this while mentioning that 'Andhra Pradesh has not only been suffering financially and economically but also judicially."

In addition to these textual enablers, the courts have over the years, created their own powers in a number of domains. He might not be aware that the Indian Supreme Court is the ultimate interpreter and guardian of the Constitution. It can invalidate a law enacted by the legislature in certain circumstances (Chatterjee 2005) If the legislature makes a law by transgressing its jurisdiction. or if a law abridges the Fundamental Rights of the Citizens.

If Vijaya Sai Reddy is aware of the Supreme Court's power that the apex court is the ultimate authority to decide whether a law imposes unreasonable restriction on the enjoyment of the Right to Freedom guaranteed under Article 19 of the Constitution, he could have knocked at the doors of the highest court of India, instead of making such remarks on teh floor of Parliament.

What is surprising and shocking even to the legal luminaries is that the YSRCP MP has every right to approach the apex court against the High Court orders. They are of the strong opinion that as ton why the YSRCP MP made such sweeping remarks in Parliament before approaching the Supreme Court.

Quoting Article 129 of the Indian Constitution, they said “the Supreme Court shall be a court of record and shall have all the powers of such a court including the power to punish for contempt of itself.”

Since, Vijaya Sai Reddy made the charges against the judiciary, he certainly attracts contempt. In this regard, the legal experts quote the case of Baradanath Mishra vs the Registrar of the Orissa High Court. In this case, the Odisha High Court held that the court has to ask whether the vilification is of the judge as a judge, or it is the vilification of the judge as an individual. If the latter the judge is left to his private remedies and the court has no power to commit for contempt. If it is the former, the court will proceed with scrupulous care in cases that are clear and beyond a reasonable doubt. And hence, in this case, the YSRCP MP went on record making such remarks against the judiciary.

They even point out the Pritam Lal vs High Court of Madhya Pradesh in which the Supreme  Court held that to preserve the proceedings of the courts from interference and to keep the streams of justice pure, it becomes the duty of the court to punish the contemner in order to preserve its dignity.

No one can claim immunity from law if his or her act or conduct interferes or obstructs the due course of justice. In this case the court even felt that making libellous accusations against the sitting judges of the High Court amounts to interference with the administration of justice.

Even iIn Shamsher Singh Bedi vs High Court of Punjab and Haryana, the Supreme  Court held that if remarks made against the judge are scandalous and can pervert the course of justice by interfering with the proper administration of justice, then it amounts to contempt.

The same jurisprudence was reiterated in Dr D.C. Saxena vs Hon’ble The Chief Justice of India where the court held that scandalising the court or judge, undermines people’s confidence in the administration of justice and brings the court into disrepute. Such disrespect tantamounts to criminal contempt. A scurrilous attack on a judge questioning his authority would amount to contempt. The legal experts are expressing surprise as to how the YSRCP MP, who is well versed with legal laws and the parliamentary democracy, has missed these facts before making such a statement with members of Parliament as witnesses.

So, members of the media, the judiciary and the legislature are now expressing surprise at Vijaya Sai Reddy's remarks made on the floor of Parliament. 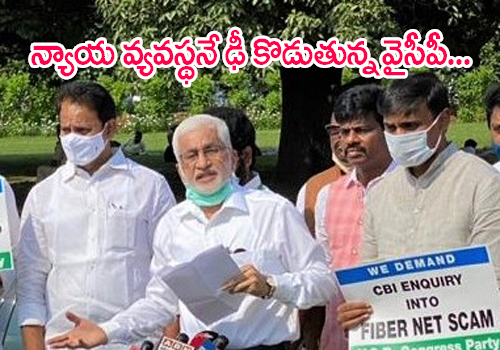 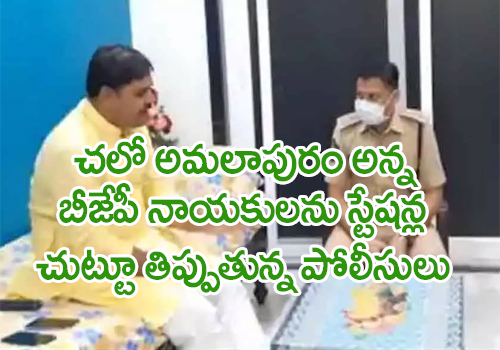