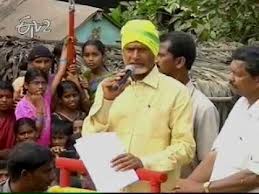 The Congress-TRS tussle over Telangana has been taking new twist with each passing day. One day it will be about abusing the national leaders, challenges and counter challenges, another day it will be on resignations issue of T-Congress leaders.

While, this tussle is going on continuously, T-TDP leaders have been playing a low profile as if they were ordered to do so by their party president Chandrababu. Quite surprisingly, TRS also spares them to remain at their ease as if it has pardoned TDP for giving their consent to Telangana formation and for sticking to their word until now.

There is another reason that stops them from joining the cat fight between Congress and TRS. They fear if they highlight their Telangana point at this point and joins the Telangana fight, it will echoes back in Andhra region that may embarrass their party president Chandrababu. Hence, they have let the Congress and TRS continue their fight in the backdrop of Telangana issue. Otherwise, they wouldn’t leave such a great opportunity to corner both the parties, which they believe had a secret pact over merging of the parties. Yet, Errabelli and Revanth Reddy couldn’t stop themselves from pinching the both on this issue.

Back at Krishna district, Chandrababu and his team is taking every precaution to avert attention of Samaikyandhra activists. During all these days, he not even once he has talked on the bifurcation issue and no Samaikyandhra activist had an access to Chandrababu. However, the TDP leaders in the region seem to be convinced that it is an inevitable decision and hence co-operating with him, without raising an eye brow against his decision. 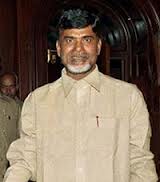 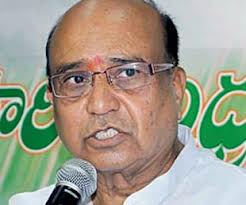 NEXT ON News >
Shankar rao released