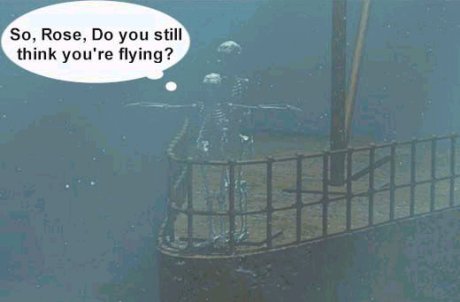 Presidents Ford, Reagan, Carter, Nixon and Clinton were on the Titanic. On that fateful night the ship hit an iceberg and began to sink.

Ford screamed, "What should we do?"

Clinton said, "Do you think we have time?"