Home
Ladies Special
What to do when you dislike your spouse's friends!

What to do when you dislike your spouse's friends! 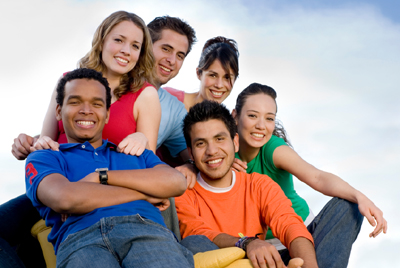 The survey also found that one in twenty women dislikes one particular person in their partner's friendship group while a hard to please 75 per cent admitted not liking the majority of them. It also came to light that one in ten women dislikes one of their partner's friends so much they have forbidden their boyfriend, fiancé or husband from seeing them. Though surprisingly most women don't mind their other half spending time with his pals during special events, such as birthdays, Christmas and big sporting events.

Even if you have good intentions, telling your partner outright that you don’t like his or her friends isn’t the most appealing option and probably won’t get the best reaction. After all, most people feel that their friends are an extension and reflection of who they are, and your partner may feel personally attacked, irritated and insulted when you question his or her judgment and taste. So for this we bring to you some ways to lessen the pain when your significant other has friends you find to be significantly painful to be around.

The next time you’re going to spend time with these annoying acquaintances, invite some of your own buddies to join. In fact, there’s no reason why you have to spend time with your respective groups of friends on separate occasions. Or alternatively you could take a time out or a break and walk way for a while from the party or the get together. There is no need to always stick to your better half at all times, give yourself some space, thereby reducing the prospect of people annoying you.

Always remember that at the end of the day, you’re in a relationship with your partner and not your partner’s friends. You’re not always going to like everyone. You don’t let these people disrupt or ruin your life, nor do you let them influence the connections you have with others. So don’t let your partner’s group of friends impact your relationship. You’re bigger than that. Besides, there is always a possibility that your partner may also dislike your friends too, so give yourself and your partner that space to have a wonderful relationship.

« Previous post
7 Ways to be Better Work From Home Moms!
Next post »
Home Remedies to Get rid of Unwanted Facial Hair