Venkatagiri - The Weave of Andhra Royals

Notwithstanding its glorious past, how many people from the telugu-speaking states know about the significance of this weave? Textiles of Venkatagiri were once patronised by the kings and the queens. And today, we don’t even talk about - let alone celebrate - the exquisite GI tag that the weave rightfully earned. Venkatagiri, cruel irony, is Andhra’s best kept secret.

Venkatagiri juxtaposes the coveted hills of Tirupati. The town is situated in an important cotton growing belt that produces fine, sheer cotton muslins. As mentioned earlier, the weave was a darling of the Nizams and other kings that ruled the Andhra region. Royals preferred Venkatagiri to other weaves because of its finesse that is achieved by high thread count. Moreover, artisans took pride in using real zari to weave the border and the pallu of a saree, and coveted gold-bordered in case of turbans and dhotis. 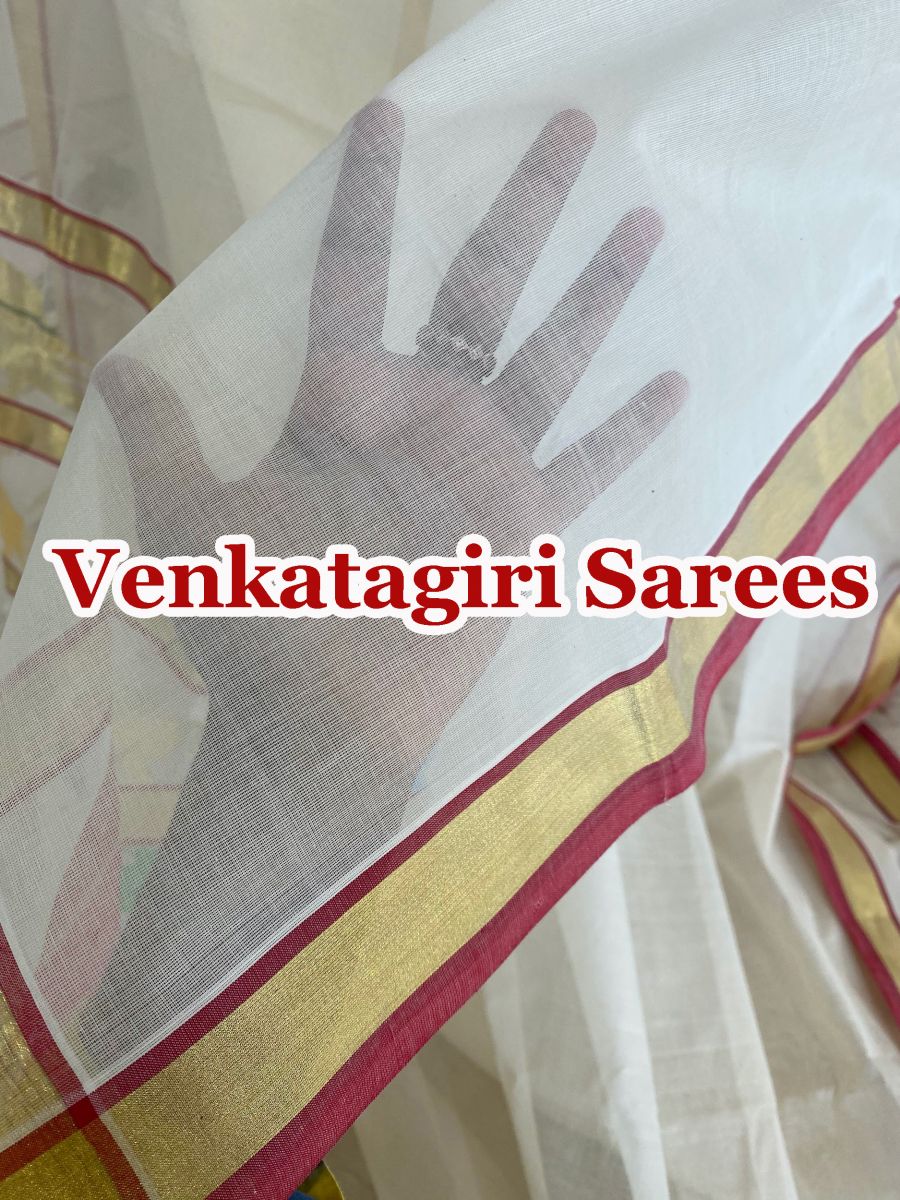 (Despite the dominance of powerlooms, the handspun weavers of Venkatagiri use 120 handspun cotton and a very fine zari.)

During the eighteenth century, the kings of Asaf Jahi dynasty promulgated acts that attracted textile craftsmen from the central and western regions of India to the Andhra region. Naturally, it resulted in an osmosis of ideas and techniques from other weaving clusters. It was said that the Zamindars and other royal families of Andhra had weavers that would work only for the clan. This arrangement ensured the motifs remained confidential and exclusive. The best kept secret. 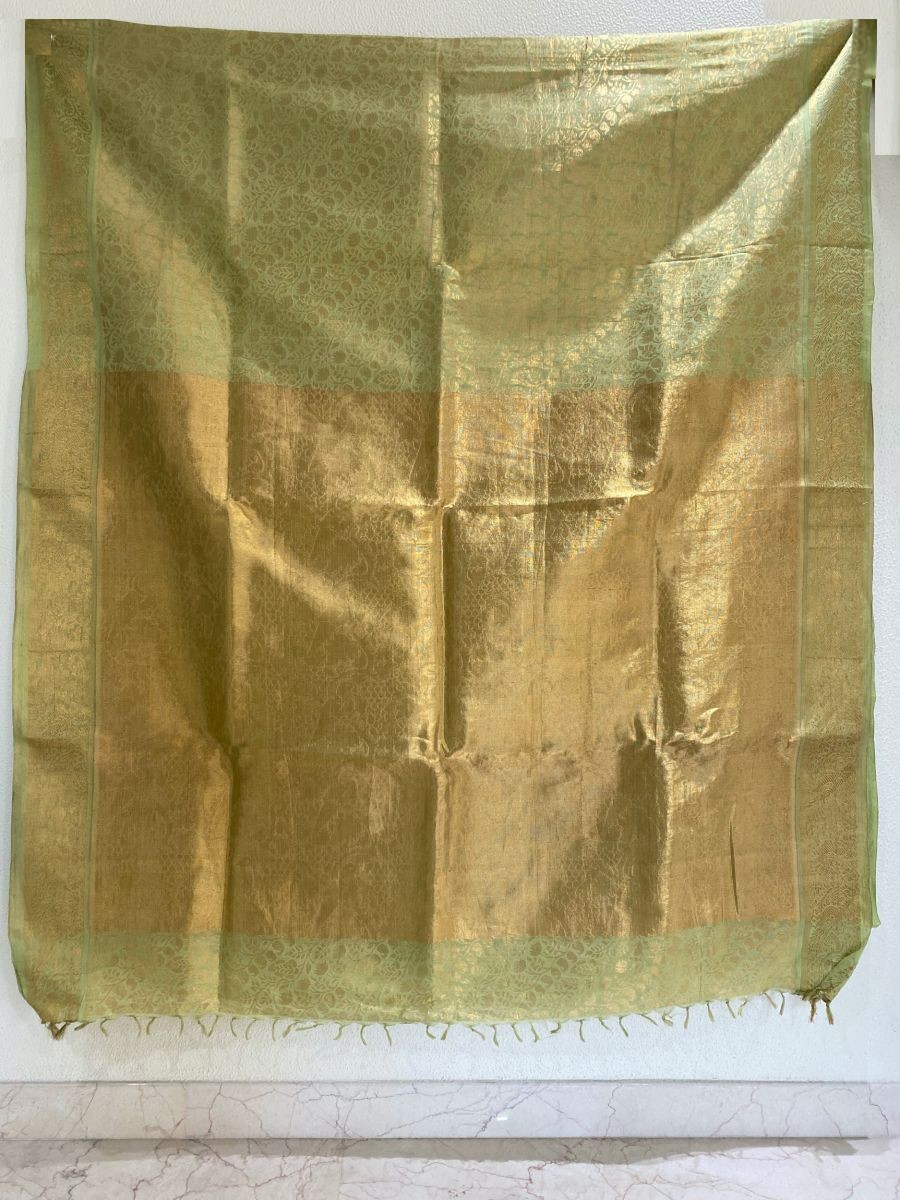 (A vintage Venkatgiri saree in which the whole saree is covered with zari jaal work, making the pallu look like molten gold. The influence of Nizams can be seen in this work.)

Back in the day, Venkatagiri sarees were unbleached, strikingly resembling kasavu sarees of Kerala. Ever since, the handspun fabric Venkatagiri has always been cherished by the upper stanza of the society. Over the years, Venkatagiri’s fine cotton muslin jamdanis were exported to Bengal and Chanderi. The trade lasted till the end of the nineteenth century. Sadly, during the first half-century of the 20th century, the quality of the muslins from regions of  Bengal and Chanderi has continued to decline, leaving ripples that lasted longer than usual. 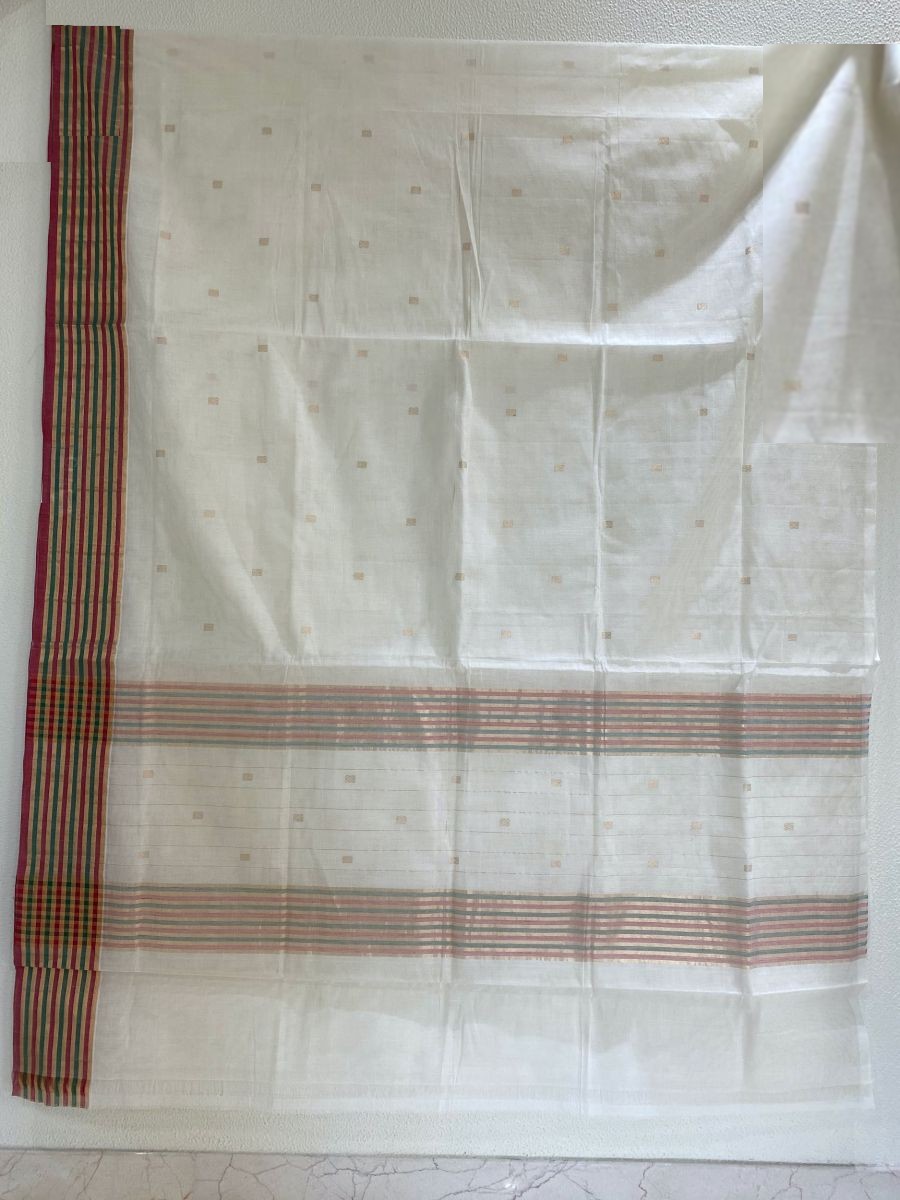 Weavers of Venkatagiri, weave sarees with a thread count of two hundred. ( i changed this sentence. And their present-day successors, by using drawboy dobbies, manage a count anywhere between 120 and 200 on the body and 80 on the border. This gives Venkatagiri the sarees its signature look with a stiff border that eliminates the usage of fall.

In the recent years, artificers of Venkatagiri started to push the envelope by weaving an extra weft to the body and a pallu of the saree. Commentators say that this was done in response to the competition from the clusters such as Uppada that use jamdani technique on fine cottons. Despite the legacy and innovation, the weavers of Venkatagiri face a threat from entities that mass-produced cheap powerloom sarees. 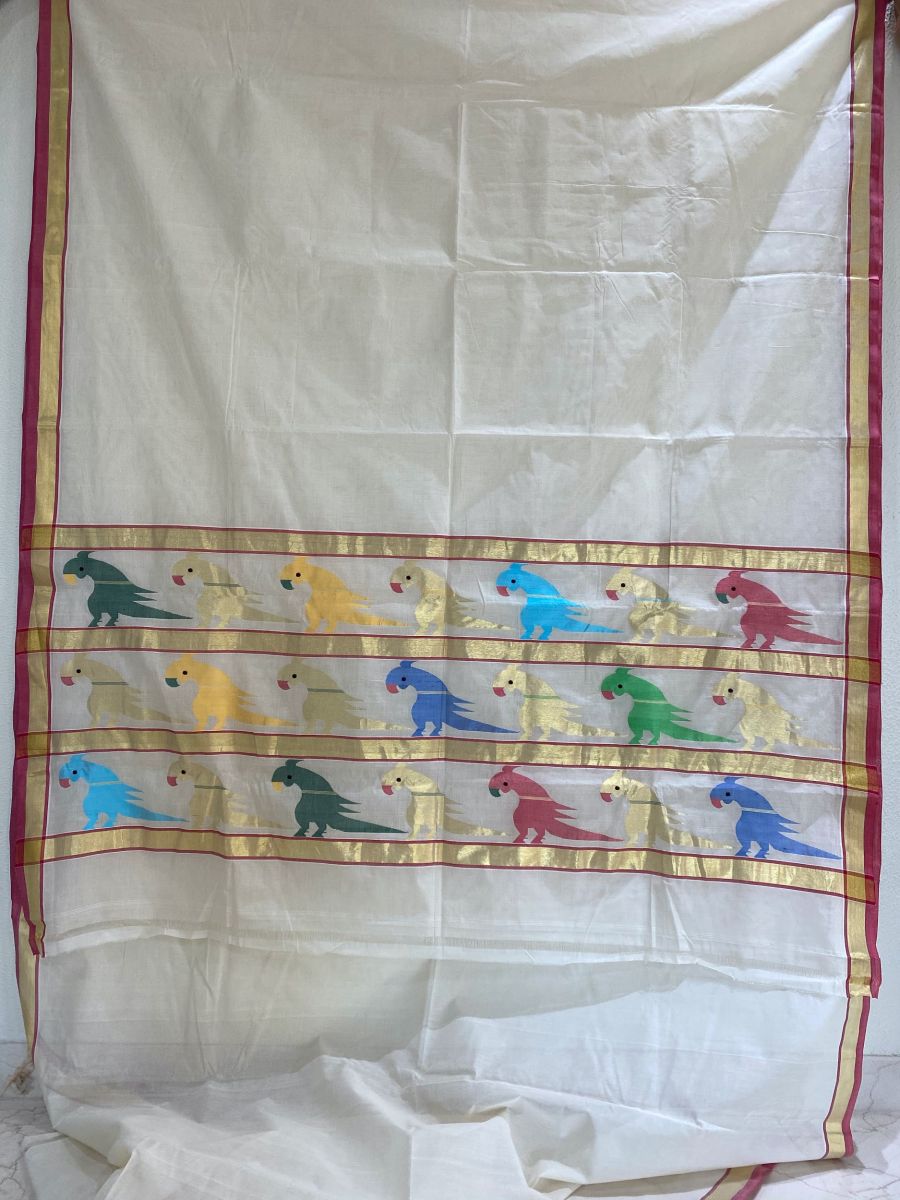 (This Venkatagiri saree was revived/ recreated by Sweta Mukharjee, which she saw in the National Handicrafts and Handlooms Museum, New Delhi. This saree not only is handspun with 120 count, but also uses Jamdani technique.)

Today, only a handful of sarees are richly brocaded with motifs in gold. While other regular sarees sport a plain body with pure kaddi zari border. Nevertheless, due to the extensive craftsmanship involved, a typical cotton saree from the house of Venkatagiri costs as much as -- if not higher than -- their silk counterparts. Thus making Venkatagiri the finest among the plain cotton textures the world over. 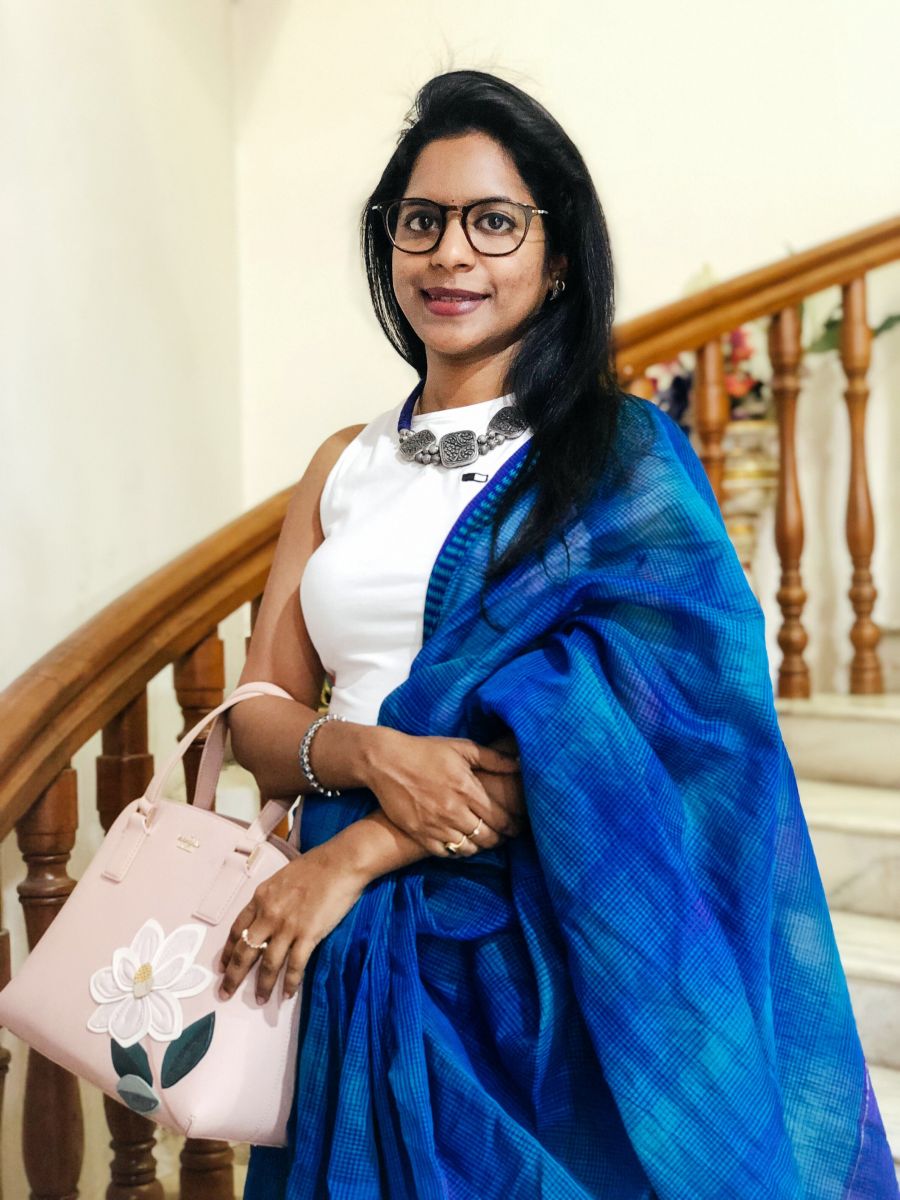 Rajeswari is a handloom, handicraft enthusiast. As an active member of the Crafts Council, she endeavours to make a difference to Indian art and artisans alike. She is just a message away on Instagram: @rajeswarimavuri Beat The Heat In Style