Home
Diet and Health
Are You Suffering From Eating Disorders!

Are You Suffering From Eating Disorders! 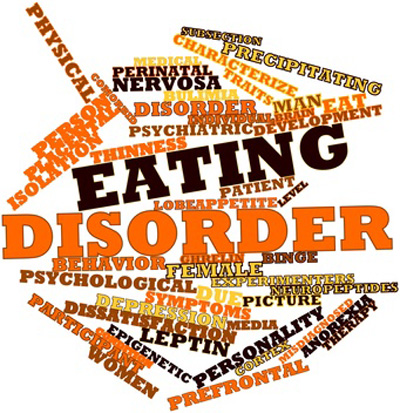 Having food is more like fueling your body in order for it to function well all through the day. There are a number of people who gorge on their favorite food to no end, and then there are some who can go to any extent to have a perfect health and fitness and modify their eating habits. An eating disorder is a serious mental illness, characterized by eating, exercise and body weight or shape becoming an unhealthy preoccupation of someone's life. Eating disorders do not have a single, identifiable cause. There are psychological, physiological and social risk factors which may increase the likelihood of an eating disorder developing, as well as behaviours and traits which can be changed, such as dieting, poor self-esteem, perfectionism.

There are various types of eating disorders that one gets to hear. The most common one being Anorexia. Where a person believes they are fat, even when they are not and may have lost a lot of weight. The other one is binge eating disorder. Where a person eats an excessive amount of food within a short period of time say two hours and feels a loss of control while eating. The most extreme of them all is Bulimia, where a person eats very large amounts of food because they are starving.  Then they worry about gaining weight so they make themselves vomit, takes laxatives or exercises to extremes. The most common one is where a person has signs of either bulimia or anorexia but not enough signs to definitely state they have these conditions. This category is often called Eating Disorder not Otherwise Specified by doctors, and usually occurs at an early age. Many people feel ashamed and, because they can sense other people's prejudice, often keep their condition hidden.

Although the golden path to a healthy life is eating right and exercising, many of us seem to be developing an obsession with it. Instead of tailoring these into our lives, we are now tailoring our lives around these two.  This combination of eating right and exercising, which was meant to be our liberation from illness, is fast becoming the misguided path to eating disorders. Some of the symptoms that you need to look for in order to know if you are suffering from eating disorders are, secret eating and purging (vomiting or taking laxatives), Constant or repetitive dieting (e.g. counting calories, skipping meals, fasting, avoidance of certain food groups or types such as meat or dairy, replacing meals with fluids), strenuous exercise routine, even exercising when injured or unwell, sudden mood changes, irritability, depression, sadness, anger, difficulty in expressing feelings poor concentration and being unusually tired.

The other psychological signs of the disorder could be the constant preoccupation with food or with activities relating to food, distorted body image (eg. complaining of being/feeling/looking fat when actually a healthy weight or underweight), extreme body dissatisfaction/ negative body image, heightened sensitivity to comments or criticism about body shape or weight, eating or exercise habits and also, constant pursuit of thinness.